Cover Reveal: The Legends of Forever 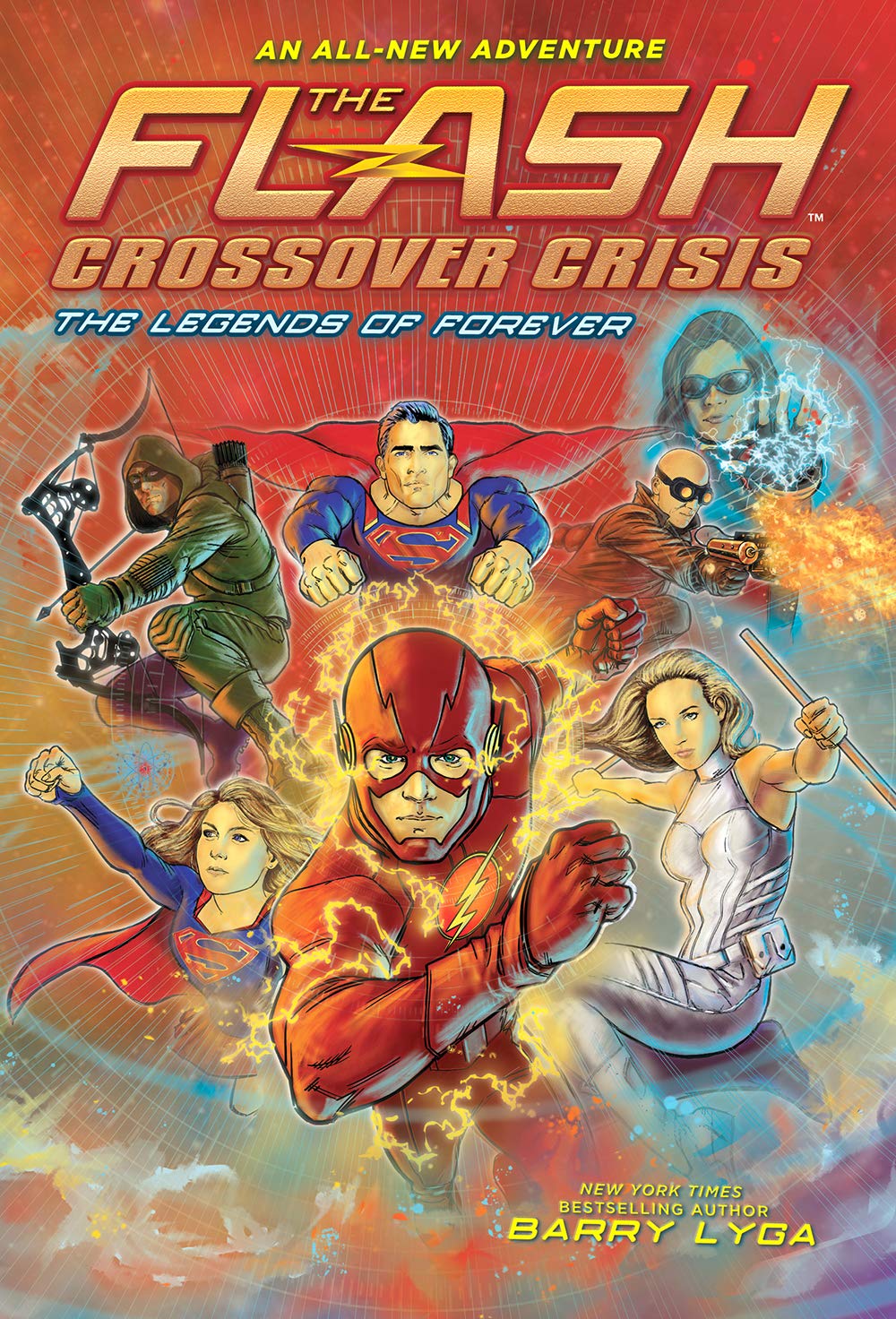 Don’t panic — not this universe. (At least, I don’t think so!) I’m talking about the “Barryverse,” the alternate reality version of the Arrowverse that lives in my six-part series of Flash novels. The final book in the Crossover Crisis series hits on that day, and it’s titled The Legends of Forever.

The Flash and his friends have defeated Anti-Matter Man, but the race to save the multiverse is far from over. As a threat looms large at the end of Time itself, Barry, his Kryptonian allies, and the Green Arrow seek help from the leading experts on time travel, the Legends of Tomorrow. Meanwhile, Cisco has been taken by a mysterious figure—and Owlman’s plans for Madame Xanadu come to a thrilling head. Picking right up where Supergirl’s Sacrifice left off, this action-packed adventure brings the Crossover Crisis to a dramatic conclusion beyond the end of the universe.

Yikes — maybe the universe really is going to end!

You have Successfully Subscribed!

There are no upcoming events.

Gang, this iPhone is really gorgeous. I kinda want to skip the case this time, but I’m terrified of breaking it.

@reneritchie — how slippery is this thing???

Hmm...might delete all this later, as I'm still processing all this...but trust me, the decision to pull out of the Plum Creek Literacy Festival, while right, was not easy.

That issue of Legion is one of the first I bought with my own money. I had been reading Legion sporadically up until about six months before this storyline, but this was around the time the REAL obsession kicked in.

I am all for the empowerment of writers.

Whether or not tv was better in the past, it is consistently better when the writer is good and in actual control of the execution of the scripts. That’s the throughline from THE WIRE to I MAY DESTROY YOU: the empowerment of writers either as directors or above directors.